“I have nowhere to go. Can you help me?”  Week after week Greater Faith Apostolic Church (now City of Faith Church) of Springfield, Tennessee was faced with this question, and other passionate pleas for help.  Like many smaller churches, we were poorly equipped to meet the basic needs of the homeless and poor, like housing, clothing, and regular meals.  So for many years our hearts were broken as more and more people came to our door needing so much more than a good sermon and a one-night stay at a local hotel.  The nagging, passionate desire to do more burned in the hearts of our congregation and in the heart of our pastor, Robert Gardner.  As an 18-year employee of the City of Springfield, Robert saw first-hand the depraved conditions of the city and lack of services and housing for the homeless and poor.  This problem was magnified in December 2005 when during a routine survey by the city codes inspector, several families were discovered living in makeshift box tents behind the Center Stage Shopping Center.  Upon seeing these pictures, Robert could not get the images out of his mind.  He told his wife, Peggy, “This is not just a big-city problem anymore.  It’s right here in small-town America, and we’ve got to do something!  God would not be bringing these people to our door if he did not expect us to help them.  I mean real help.”

After much prayer and soul-searching, the work began.  Robert began preparing organizational documents for the non-profit corporation.  Unfortunately, the project stalled several months due to various setbacks.  A proposal to use vacant housing authority projects for homeless shelters failed due to federal restrictions, funding for new or renovated property was difficult to obtain due to the onset of a nationwide recession and housing market collapse, and the process of obtaining a 501(c)(3) designation from the IRS was long and tedious.  After a discouraging two years, Robert was tempted to give up.  Then the final straw – Robert’s father, and former pastor and founder of Greater Faith Apostolic Church, Elder Harold C. Hines, died suddenly of cardiac failure.  Robert was devastated.  He grieved bitterly over the death of his father, but his loving wife Peggy encouraged him and saw him though it.  “Just remember where your father’s heart was”, she told him. “He loved the same people you do, and he would not want you to stop”. Robert’s mother, Dorothy Hines, Peggy, and the church family encouraged Robert and often repeated the favorite words of Elder Hines, “Full speed ahead!”.  Something sparked in Robert, and with renewed determination and focus, the homeless project forged ahead.  A board of directors was formed consisting of church and community leaders and we began to meet and form the vision of the corporation.  A key element of the vision was the desire to partner with churches and leaders from all segments of the community, since homelessness is a community-wide problem.  God has certainly seen our heart in this, and the community has joined with us in this effort.

If you have any other questions, please contact us

In October 2007 the GFCAC Board of Directors took a bold leap of faith and secured a lease on a property on 7th Avenue West for a 10-bed men’s transitional home.  After all permits were acquired from the city, we began the process of furnishing the home.  The prospect of completely furnishing a large house for ten men was challenging in itself, but the Lord miraculously provided.  Almost immediately, people throughout the community began donating furniture, beds, appliances, until the entire house was complete.  Churches and individuals, upon hearing about the project, began donating bedding, supplies, food and money.  With God’s help and the support of the city, we opened our first men’s home on October 30, 2007 – “Isaiah 58 House”.  The origin for the name comes from Isaiah 58:10, “If thou draw out thy soul to the hungry, and satisfy the afflicted soul; then shall thy light rise in obscurity, and thy darkness be as the noon day”. 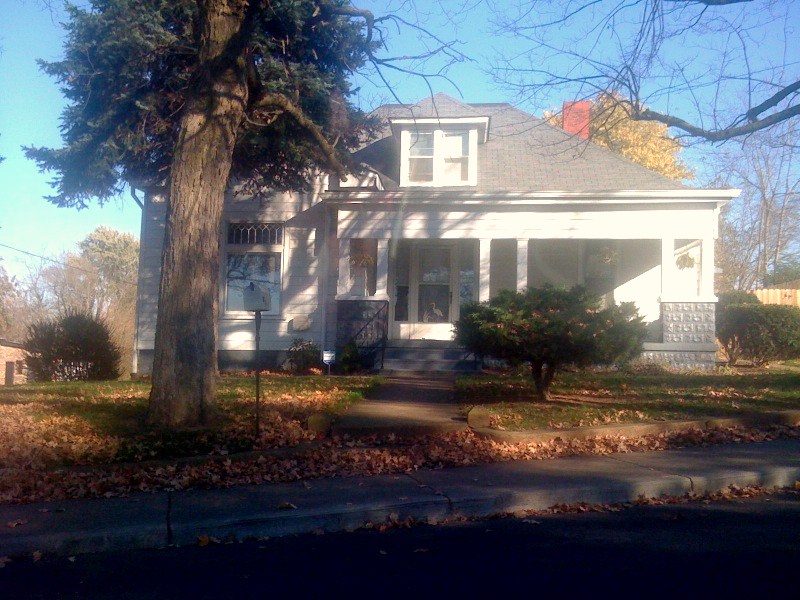 Our first residents were two homeless men from Buffalo Valley. The experience of witnessing these men enter our home was beyond words.  They both walked in, looked around, and fell down to the floor in tears, praising God.  The board looked at each other and began crying.  We knew right away it was worth it all!  The men’s program has continued to expand, and in June 2009 we moved into a larger, beautifully renovated home on Batts Blvd.  A second men’s transitional home was opened in 2010.

With community backing, support from a few local churches, and a generous donation from First United Methodist Church, we were well on our way.  Isaiah 58 House filled up within 2 months, but we continued to receive requests from homeless women.  God blessed again, and Greater Faith Church was able to purchase a foreclosed property on Josephine Street at a huge discount.  We renovated the home, secured permits from the city, and once again, the donations came – furniture, appliances, and cash.  The entire 3-bedroom home was fully furnished for less than $500.00!  We named it “Sheltering Arms” and opened in December 2007 as a 5-bed women’s transitional home.  The home filled up within a few months.

Since opening these first homes, God has tremendously blessed the ministry.  Many people have come through the transitional homes and have shared testimonials of how their life was changed through the ministry of GFCAC.  Because GFCAC provides full services for the homeless including housing, meals, clothing, transportation, employment assistance, counseling, and case management, our success rate has been much better than a basic homeless shelter or halfway house.  In the words of one of our first residents, Jim Campbell, “I’ve never seen a place like Greater Faith.  It’s a place where everybody is somebody.  The vision of this ministry is amazing.”

GFCAC is continuing to make a difference in the Springfield & Robertson County community.  Besides the transitional homes, we have expanded the ministry into a non-profit soup kitchen, The Master’s Table, which provides warm meals daily to the hungry.  The Master’s Table opened on Thanksgiving Day 2008 and fed over 250 people on opening day.  With over 50 part-time volunteers and 3 full-time, the kitchen feeds over 40 persons a day during the soup kitchen hours.  Besides providing daily meals to the hungry, the Master’s Table provides immediate volunteer opportunities to the men and women in the transitional homes, who desperately need activity to avoid idle time to regain a sense of belonging.

In spring of 2009 GFCAC was blessed to lease a community building from the Springfield Housing Authority, free of charge, to administer non-profit programs and services for the community.  We are very excited about the GFCAC Community Center, which is now used to host GED/Adult Literacy classes, substance abuse classes, small community getherings and other community-focused projects.

In 2012, GFCAC was asked to take on the challenging task of revitalizing the failing Bransford Community Center on John Patterson Street into a full-service community center and community park.  GFCAC willing took on this task and birthed out a very successful afterschool program and summer camp, Bransford Pride.  This program has been recognized state-wide by Governor and First Lady Haslam, and is still going strong today as we work with the city and community leaders toward this historic effort. We are excited about the future, and the role that GFCAC will play in shaping the community and changing lives.  We believe now, more than ever, that “with God, nothing shall be impossible.” (Luke 1:37).

All donations will be used towards operational support of our transitional homes, the Master’s Table soup kitchen, and for community programs and services. Your gift will make an immediate positive impact on someone suffering from addiction, homelessness, hunger, joblessness, poverty, grief, and other deep hurts.